Crooks, Fresh Off The Blog 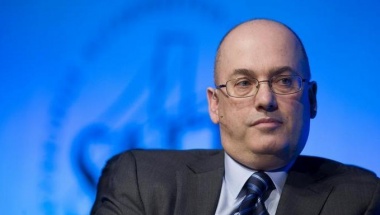 I started The Contrian Trader back in 2005 after stewing about the dot com crash and all of the thugs that CNBC had as guests such as former Worldcom CEO Bernie Ebbers were doing perp walks. Since that time there have been dozens who have gone to jail such as Bernie Madoff (what’s with the Bernie’s?).  However hundreds of others have either A) not been charged or B) plead guilty to lesser charges.

Now today we have SAC Capital Advisors led by 57 year-old billionaire Steven Cohen settling criminal charges. What happens to Steven Cohen? Not a fucking thing. His employees and countless other victims who will never know that this Pablo Picasso collecting pius prick screwed them gets away with it again. On behalf of them Fuck You Steven Cohen!

This is why I started this business. I like to teach people how to read the charts so they can make decisions based upon price and volume action and not based upon the manipulation of the market by the like of thugs  who would sooner piss on you then to give you a fair shot.

I am a new member here (Joined last night) While looking over the web site found the above article and as a result feel much better about my decision to join Contrarian Trader. Bill Green

Become A Better Trader
In 60 Days Or Less

That is less than a cup
of Starbucks coffee.

Ready to invest in yourself?
Start your
2 Week Free Trial!
Member Sign In